skip to main | skip to sidebar

We've been having a fun summer so far.  Chase has been busy playing with friends and cousins.  Grandpa Kent came out to visit, which was very exciting.  He hadn't seen us in 10 months and hadn't met Taylor yet.  It was wonderful to spend lots of quality time with him and we were sad to see him go.  He left behind a few new toys for Chase though, including the little backyard swimming pool.  Chase thought he was his new best friend, and wanted Grandpa to do everything with him.  He still thinks he's at the airport, from when we dropped him off.;)  Taylor is up to 14 pounds at 5 months.  We haven't yet mastered eating from a spoon, or in fact eating at all.  The crazy kid usually only wants to eat an ounce or two at a time and has a pretty hard time sleeping for more than 30-45 minutes, day or night.  When he's happy though, he's about the cutest baby ever.  With his bashful grin and sparkly eyes, he'll melt anyone's heart.  He LOVES to play in his exersaucer, roll all over the house, and lately likes to pop up on all fours and bounce like he's about to crawl.  He can scoot his knees under him to move forward but hasn't figured out how to coordinate it with his arms quite yet...he's really close though!  He just seems way too little to be doing that yet (after all, he's still in 0-3 month clothing), but he wants to follow after his big brother so badly.  I think we're going to have our hands full with these two.:)  Chase is as cute and entertaining and mischevious as ever.  He can escape from pretty much anywhere and gets in to pretty much everything.  It's been great going to the park to run off some of his never-ending energy, and having cousins around to fill his need for constant human interaction.  He's speaking more Spanish than ever, and recognizing some alphabet letters too.  He pretty much talks nonstop, which is both cute and exhausting.  Basically, life with a toddler and a baby is crazy, difficult, and fun.  More to come! 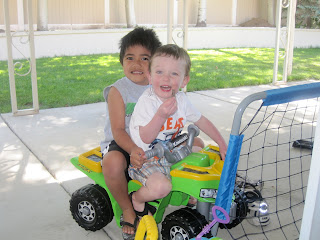 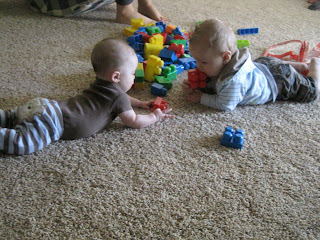 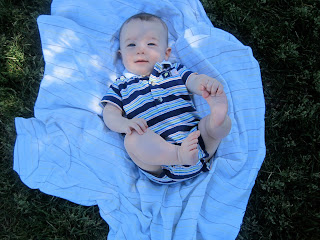 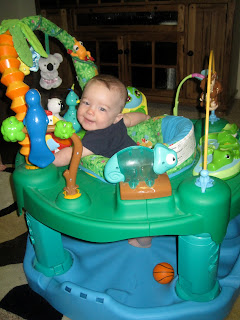 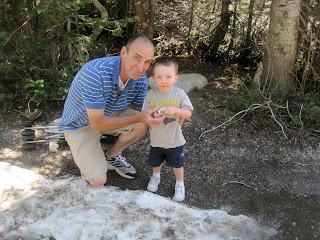 That's right...snow in July.  It was in the mountains, but still! 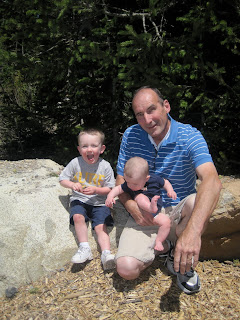 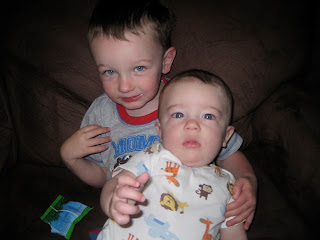 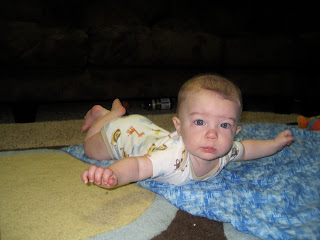 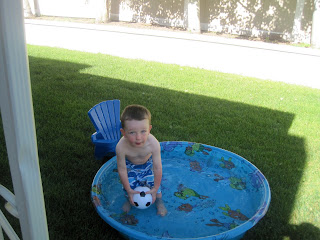 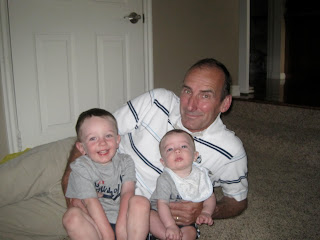 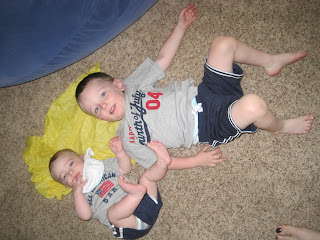 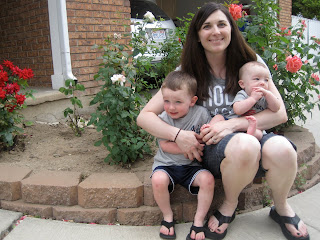 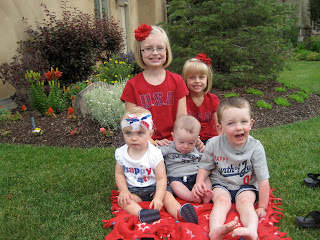 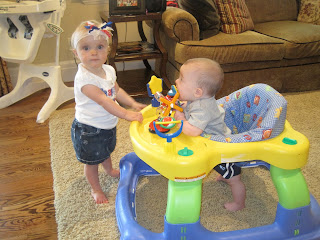 so cute. Love those boys!